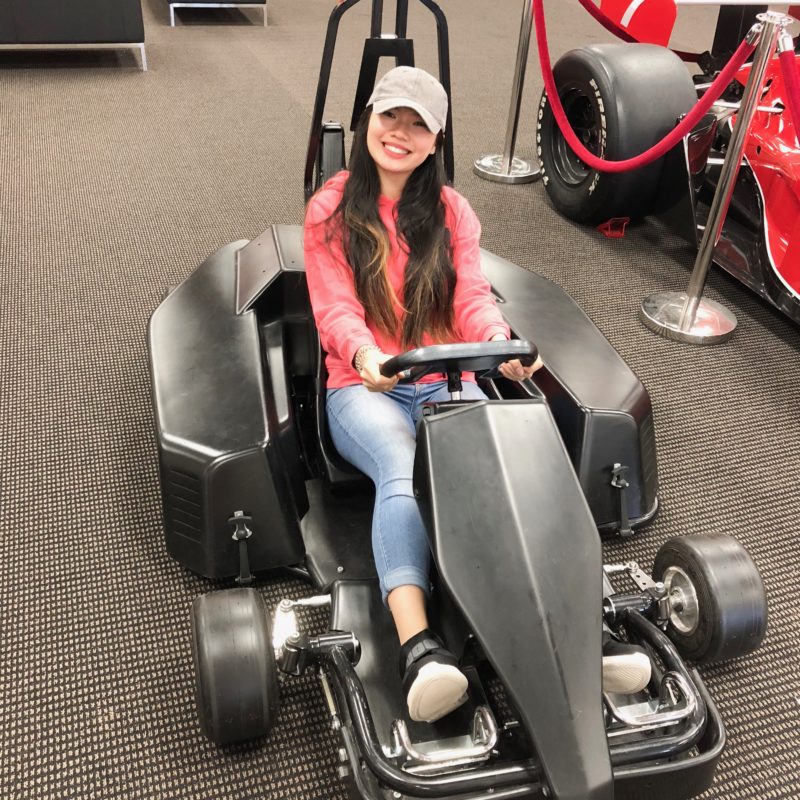 So Robert and I were at the mall and saw a bulletin advertisement for a nearby indoor go kart speedway. The sign said the go karts went up to 50 mph! We decided spur-of-the-moment to give it a whirl – after all it was only 3 miles from the mall we were at.

The door of the speedway had a huge posted sign that said “No Alcohol May Be Consumed Before Driving”.

I kinda laughed it off- not that I had any alcohol or anything but I was just thinking this would be like the adult version of bumper cars since they go faster. I was imagining an oval race track and huge bumpers around the side walls and cars.

We were briefed, signed waivers, and each got a balaclava to wear underneath our helmets. We both picked up Medium sized helmets, and they fit perfectly.

It was interesting because they control the speed of your kart. So as you’re getting on and off the track, you can be pushing your gas pedal to the floor but it will still only cruise along until they amp up the speed ability for your kart.

LET ME TELL YOU HOW WRONG MY INITIAL THOUGHTS WERE ABOUT GO KARTS!!! They go SO FAST, and the track was not an oval but rather the shape of an S.

It felt like I was making a turn every 5 seconds, and the first turn I made I honestly screamed alongside the sound of the squealing breaks. The entire car shifted and the tail end of my kart almost hit the wall of that turn!!

Needless to say, I went a lot slower after that first turn. I tried to speed up on the straightaways but as soon as a curve came I decided keeping my head concussion-free was more important than my lap speed haha.

Robert lapped me 3 times. Later, I found out from him that he was wondering why I was going so slow but then laughed so hard the first time he lapped me because he heard me screaming going around the turn hahaha.

It is super cool because they give you your stats compared with everyone across all of their speedways across the country. Robert’s lap times were in the top 95%. Mine were in the bottom 5% hahaha. 😂😂

So the question is does this mean I am a safe driver or a grandma👵🏼? 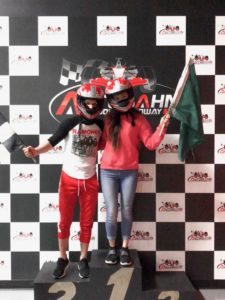 A Practical Approach to Fashion, Fitness, and Health 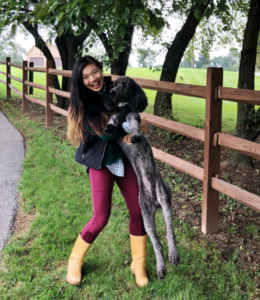